Events of 2021 now that Covid restrictions are beginning to be eased.

I was pleasantly surprised to be contacted in May by Sarah Child. RNLI Community Manager  for Yorkshire to say that we have a fantastic opportunity coming up to represent the RNLI at the inaugural Yorkshire Motor Sport Festival at the end of June! Especially after our initial request to attend wasn’t granted.

After all the uncertainty leading up to the event after the national covid restrictions were not lifted and the goalposts were moved numerous times by the local council right up to a couple of days before the event, credit must go to the organisers for putting on the festival.

The site was visited on the Saturday leading up to the event and the only thing that you could see was that the grass had been cut and the road closure signs had been erected. Unfortunately the signs had been manufactured for the 2020 event which was cancelled and the dates were for 2020 so the locals were up in arms on the Monday to find a couple of road closures a day earlier than the dates.

Stood in the middle of the festival site were 2 people which on introducing myself they informed me they were Michael McErlain, CEO of the YMSF and Keren Dunning-Bourne Executive Trade Stand Manager. We were taken to the approximate location of our pitch and issued with a couple of signed disabled vehicle passes to allow parking by our stand.

All covid tests were done as per instructions as random checks were made throughout the festival. Wednesday’s site visit with Sarah confirmed the event was GO,GO,GO. And Thursday was set up day.

All set up Thursday and a sneak peek around the exhibitors, (Fakes & Genuine included)  Aston Martin, Bentley, McLaren, Maserati, vintage wagons, tractors and cars to name a few and something for everyone.

The First Day (Friday) was vintage genuine Bentley day on the hillclimb, it was cold, overcast, and damp. By no way could you describe the footfall as busy, but I was genuinely surprised at the number of people who did attend.

Saturday weather wise was the best day and the attendance was the busiest, Sunday was cold again 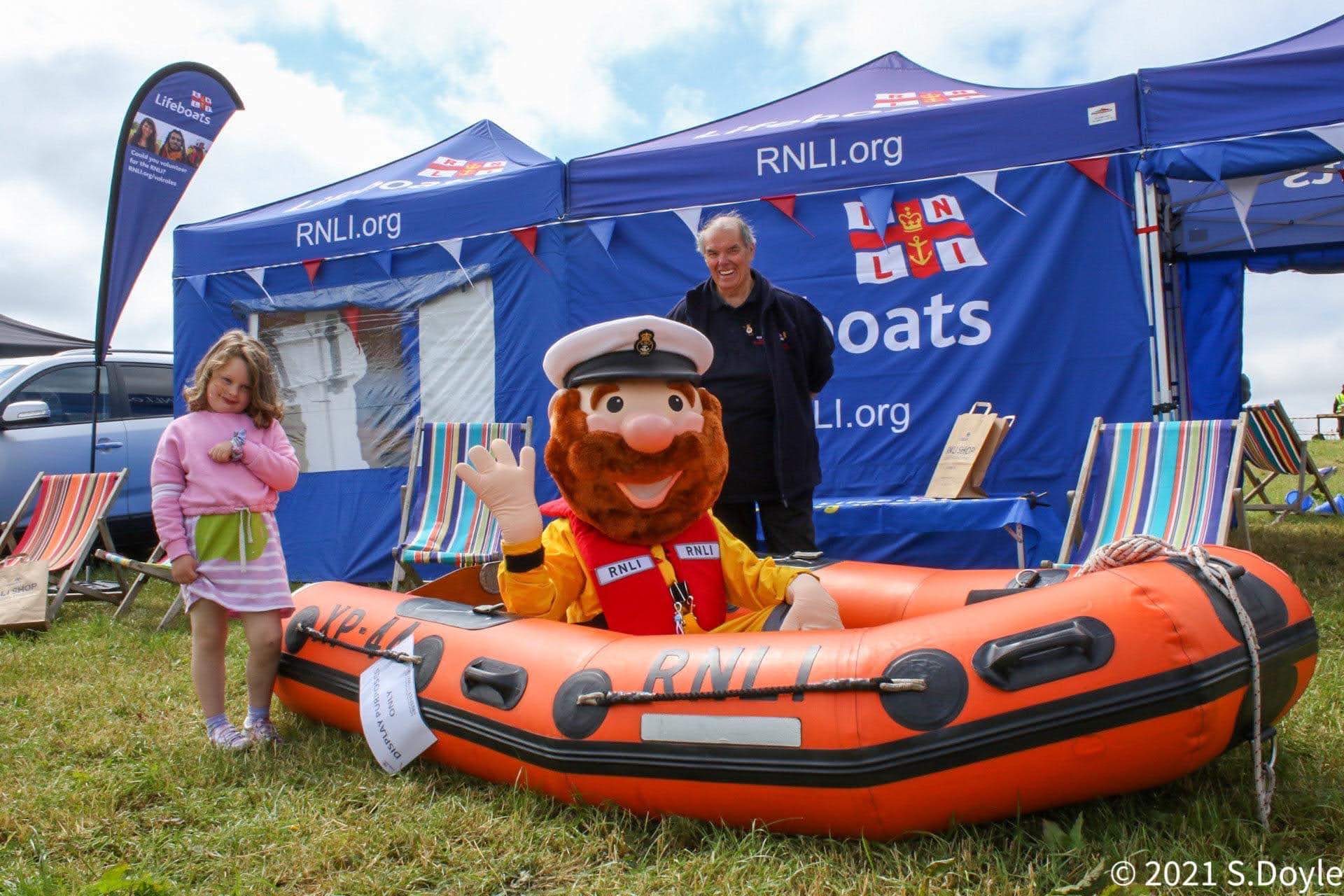 The Honley & Brockholes branch were pleased to work alongside RNLI staff and volunteers and it truly was  ONE CREW working together.

300 goody bags were handed out which attracted visitors to the stand from around the showground, we had the opportunity to talk to lots of children and their parents about water safety. The face to face team were able to sign up some regular donators., and who would have thought we may even recruit a possible new member for the Face to Face team in Saltburn (100+ miles away).

£485.93 was raised in donations at the event helping us to save lives at sea.
Thank you 🥰

I am sure the event will go from strength to strength and hopefully the RNLI will be part of it.

MORE PHOTOS OF THE FESTIVAL

What a wonderful Honley Show centenary! It was so lovely to see our community coming together to celebrate 100 years since this great event began.

Many thanks to all who paid us a visit on our stand and left donations of £115. 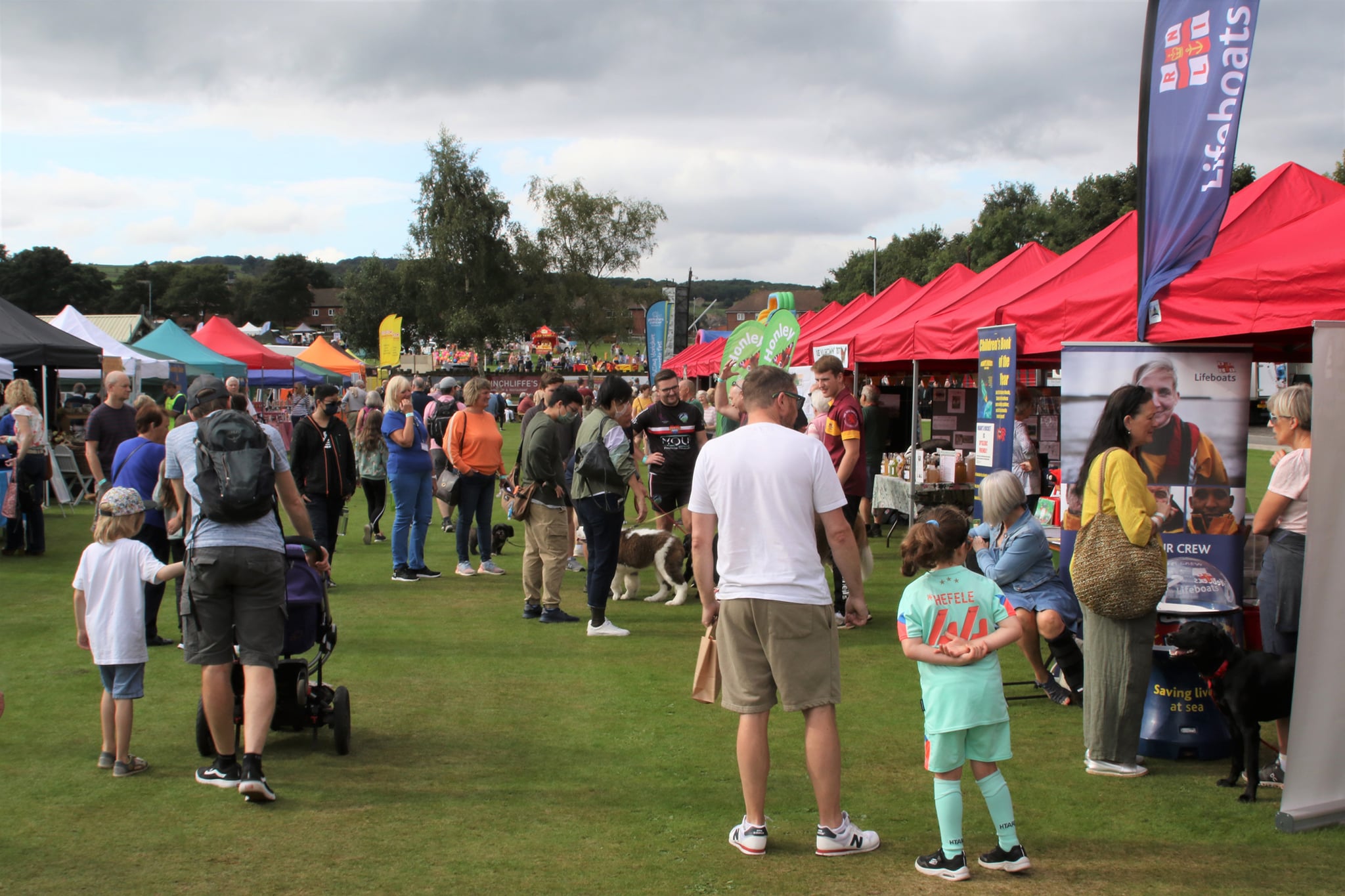