It was a great success with thanks going to Honley Business Association for organising and publicising the event, our sponsors HB bearings and Dawn’s Floral Heart School of Flower Arranging – for the raffle prize of a Christmas door wreath a lady called Hedi, was delighted to have the winning raffle ticket for this and the mince pies went down a treat.  Many thanks to J. Wild Confectioners.

Many many thanks to all of you who supported us throughout the day, the visitors to the stall for souvenirs or donations, raffle tickets, thank you, it’s all greatly appreciated.

Together we raised over £650, a very big thank you, to everyone,  it all helps to save those lives at sea. 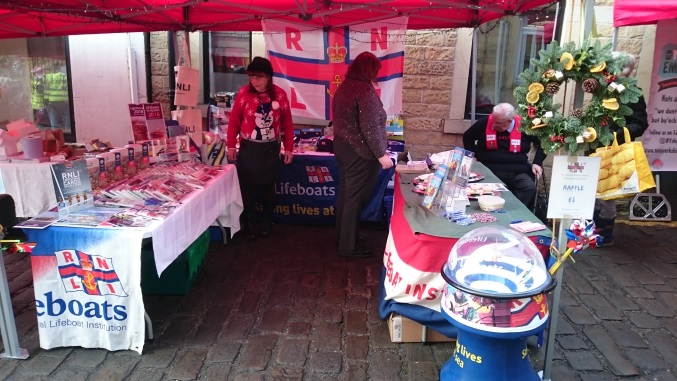 we decorated a tree in the Trinity Church annual tree festival; mainly blue and white for the sea, and lifebuoys and flag for the RNLI.

Many thanks must go to all who visited and appreciated our tree; and also to Trinity Church for their efforts in organising this spectacular event. 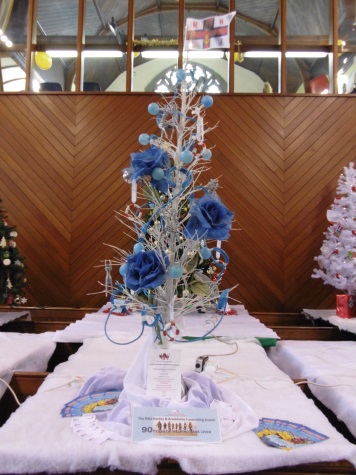 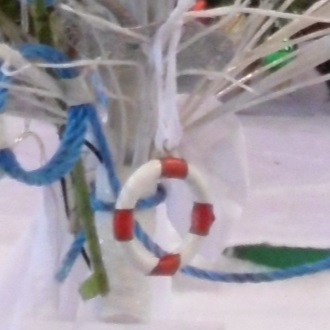 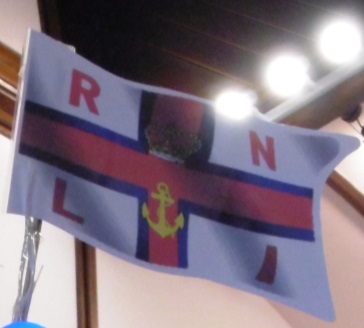 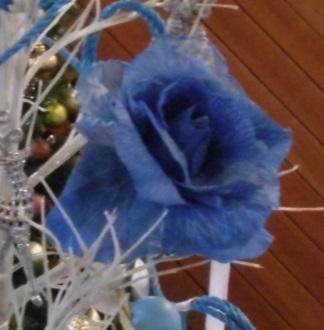 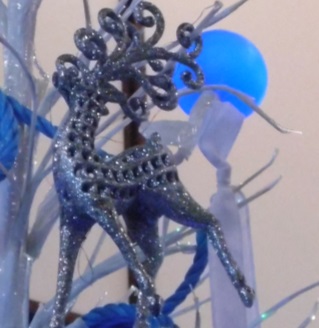 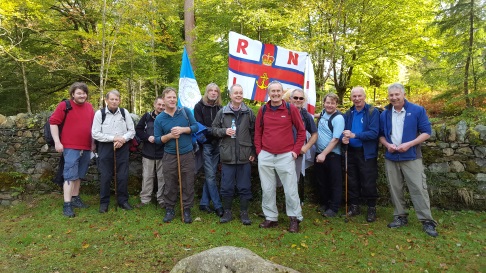 Honley Hikers and Frothblowers Fraternity raised £413.68 for the Royal National
Lifeboat Institute (RNLI) during their autumn fund raising walk in and
around Keswick.

Honley Hikers and Frothblowers Fraternity are a
group of enthusiastic hikers from the Holme Valley who combine their love of
the great outdoors with fundraising activities.
Along with their mascot ‘Ted’ (a giant sized teddy who is usually
carried by the newest member of the group), and Yorkshire and England flag
bearers (to make themselves easily visible.

Their earlier summer walk exploring the Yorkshire
Dales raised £212.07. Therefore their
total to date for the RNLI is £625.74 and money raised during their winter
walk in February 2018 will also be added to the RNLI’s funds.

Established in 2011 by founder member Jack
Buchanan, the initial group of four has now grown to more than 20 participants,
ranging in age from ‘the juniors’ in their twenties, through to senior
citizens.  They now enjoy three weekend,
walking expeditions, annually.   Over the
last six years they have risen to the challenge of ‘The Three Yorkshire Peaks’,
Scafell Pike, and scary Helvellyn. A few years ago the Honley Hikers and
Frothblowers Fraternity became involved in raising money for a chosen charity
during their walks. Encouraged by the generous response of the public, they
have continued to combine each walk with fund raising for a particular charity;
Ted has proved to be a draw to attract people willing to make donations, who
are entertained by a group sing-along accompanied by Steve playing the ukulele
and ‘Rag’ on harmonica.

Jack Buchanan, founding member, said “the
generosity people have shown during our charity fundraising never ceases to
amaze us.  The members of our group are
committed to making a difference by encouraging people to give what they can to
our chosen charities.  It just goes to
show that you don’t have to be near the sea to raise money for such a
worthwhile cause as the RNLI”.

Honley & Brockholes RNLI Fundraising Branch are grateful to the Honley
Hikers and Frothblowers Fraternity for making us their chosen charity this
year. The RNLI are an independent charity, funded by
voluntary donations; we could not save lives at sea without public support.

The event had a wonderful atmosphere all day with many visiting our stall talking about the Lifeboat series on TV (Tuesday nights at 8pm on BBC2); we had Stormy Stan out and about, our usual souvenir stock including Christmas cards, donation boxes, and our raffle of a remote controlled boat which was won by a young man called Owen Simpson from Netherthong with ticket number 573. We raised £420 on the day for the RNLI for which we would like to thank all who bought or donated on the day, also thanks to The Honley Business Association for putting on a brilliant event. 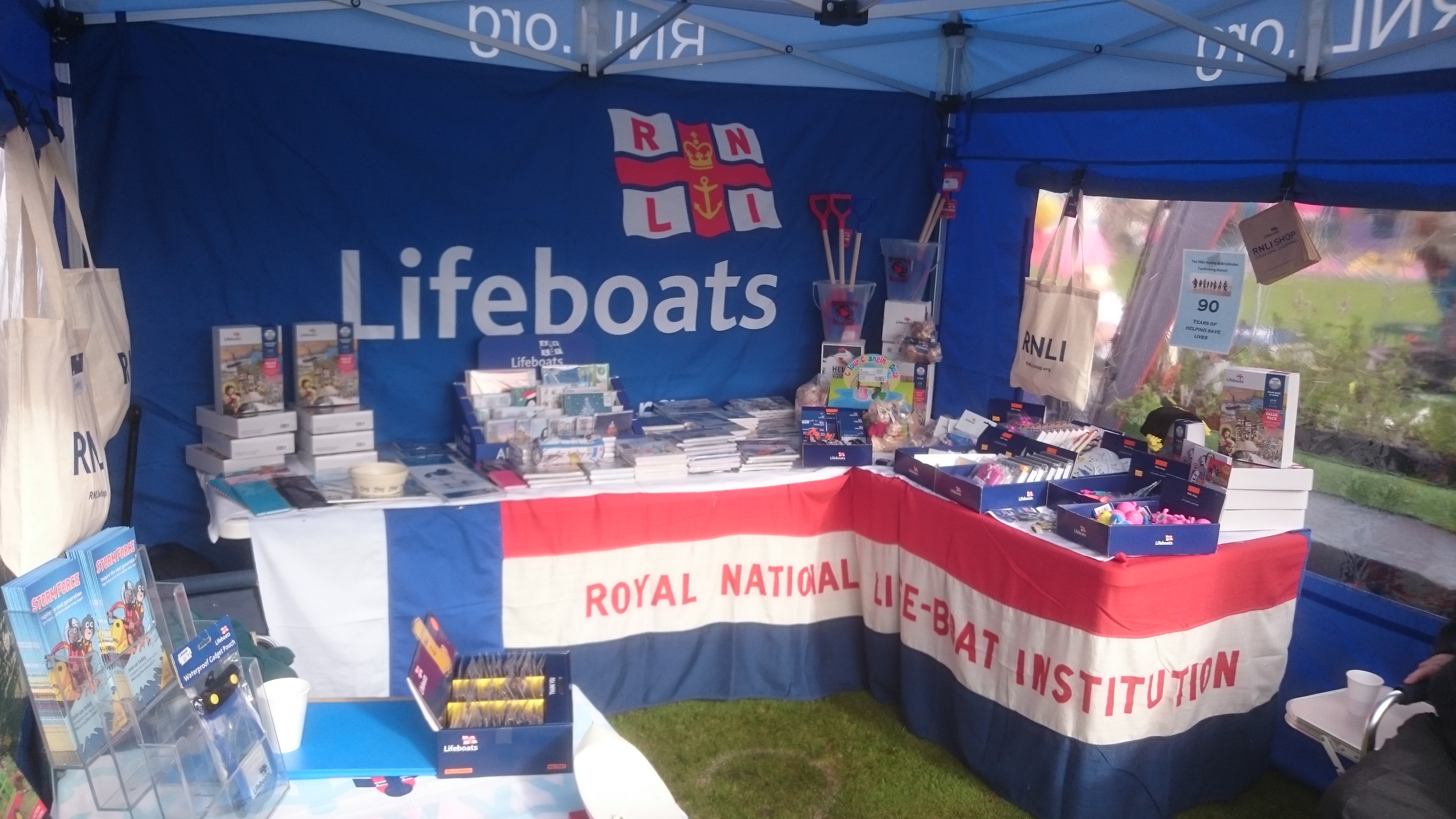 The Honley & Brockholes
Branch of Royal National Lifeboat Institution (RNLI) would like to thank
everyone at the Honley Show for braving the inclement weather and showing their support, organisers, volunteers, members of the public for without you we could not help those in need at sea/river or in local flooding, etc.; also thanks to HB Bearings Ltd for sponsoring the pitches. 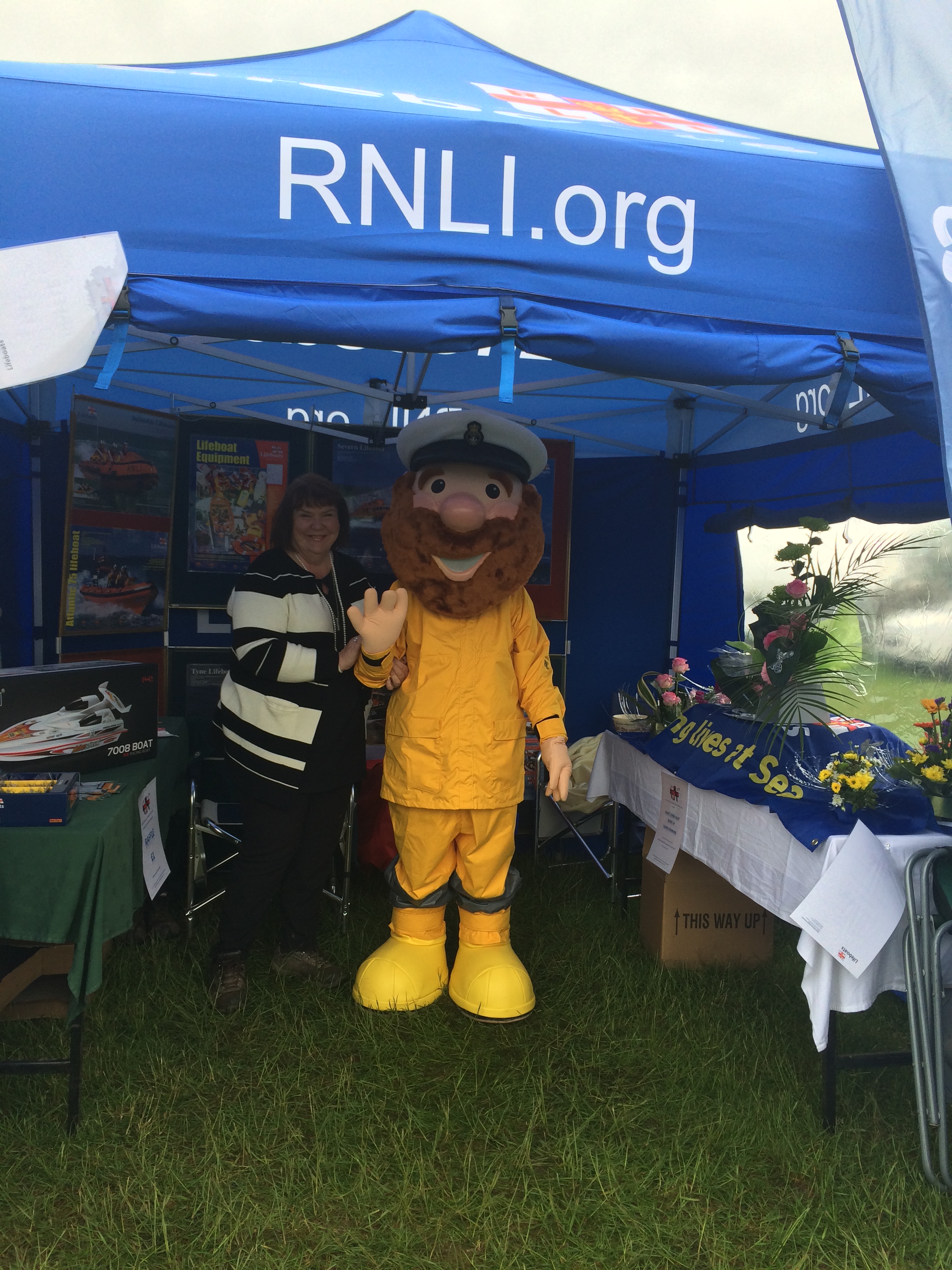 You may have even spotted ‘Stormy Stan’  walking around the show, everyone loves him.

John Quail from Slaithwaite with
ticket No: 470.

Thanks to everyone we raised over £200 on the day for RNLI.Thank you.

There were two bands giving amazing entertainment for the whole evening, starting with Backbeat Blues Brothers followed by no other than the J B Goode Rock Band.

In the interval a raffle was held to boost the funds, together with this, the entrance fees and the Coop sponsorship we made a total of £264.75p for the Mayday appeal.