Service to M.V. Lovat
On the 25th January 1975, during the hours of darkness, the Penlee Lifeboat ‘Solomon Browne’ launched from Penlee Point and went to the assistance of the motor vessel ‘Lovat’ who had put out a Mayday call that her crew were abandoning ship.

The ‘Lovat’ was reported to be 24 miles from Lizard Point in horrendous weather conditions. The lifeboat launched down the slip into a full west-north-westerly gale gusting to hurricane force 12.

As the ‘Solomon Browne’ progressed towards the ‘Lovat’ her passage became extremely uncomfortable with heavy rolling and drastically reduced visibility. Due to the extreme urgency of the situation, Coxswain Trevelyan Richards drove her hard at full speed – in his words, ‘It was the worst seas I have ever experienced’.

By the time the Solomon Browne got on scene, helicopters had rescued the only 2 survivors but sadly 11 lives were lost. The unhappy & dangerous task of recovering the bodies fell to the crew of the lifeboat who were still battling hurricane force conditions.

43 years later a very poignant message was received from Patrick O’Neill – ‘43 years ago today the Solomon Browne went to the aid of the MV Lovat, they picked up the bodies that were lost and two survivors were picked up by Navy Helicopters, one of the bodies was my Dad, I thank you for the closure.’ 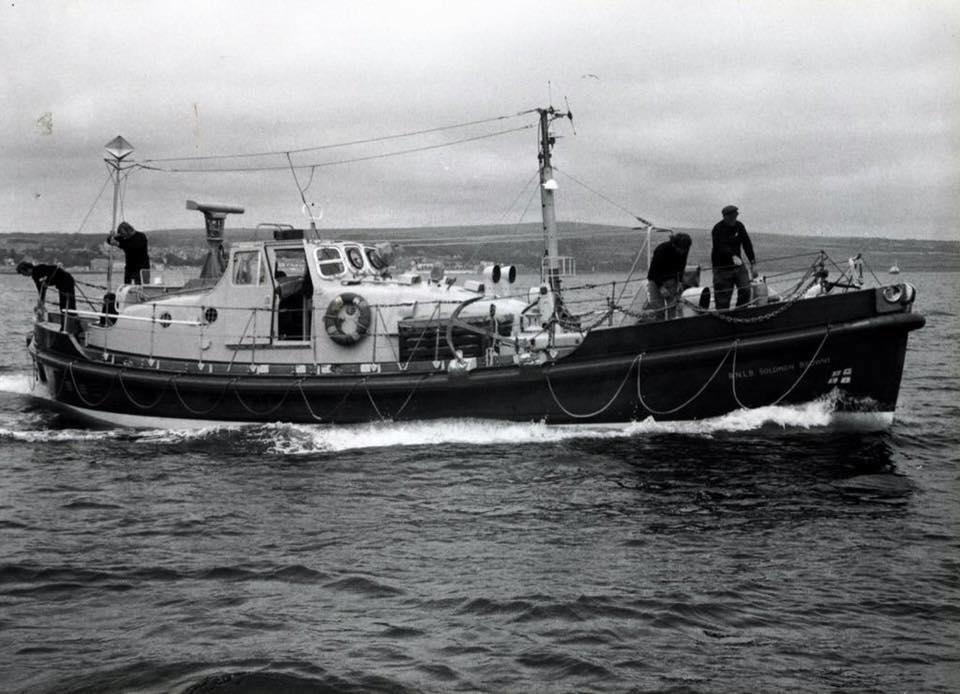 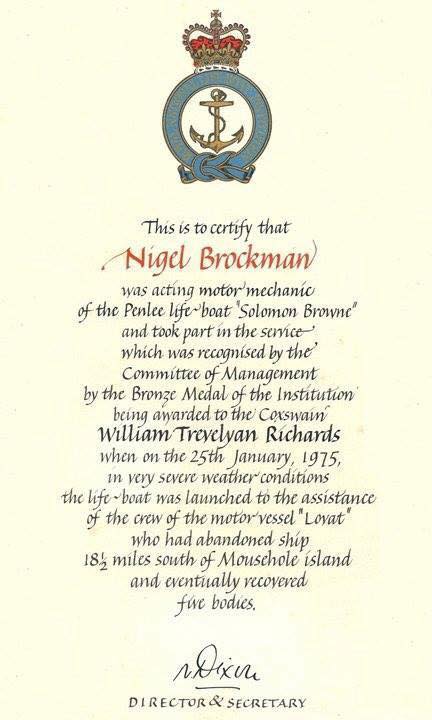